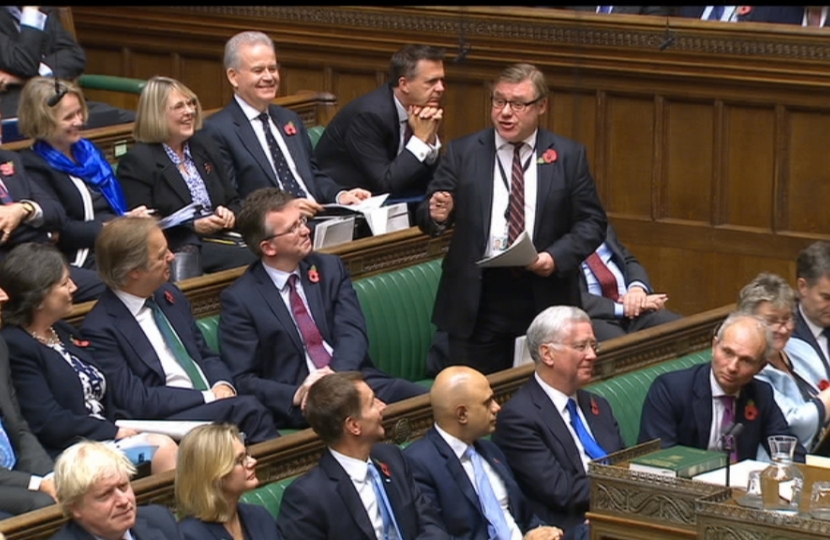 Rayleigh and Wickford MP and former Armed Forces Minister Mark Francois spoke out in the House of Commons recently, in support of more family friendly arrangements for members of the Armed Forces.

Mark made his speech during the Second Reading of the Armed Forces (Flexible Working) Bill, which is designed to allow members of the Armed Forces to vary their commitment, including part time work in certain circumstances, in order to alleviate pressure on their families. Mark argued that this was a positive development as it would help to retain people in the Armed Forces – as the main reason for people leaving the Forces is known to be the pressures which their service can sometimes place on family life. The Bill should also help those who serve in the Reserves.

Speaking in support of the Bill, Mark said:

“By offering recruits the opportunity to vary their service over the lifetime of their career, especially if their family circumstances change, the Flexible Engagement System offers a more welcoming prospect for people thinking of joining the Armed Forces. The Bill should help to create a more fluid market for personnel seeking to transfer between regular and reserve service and vice versa. Regular personnel transferring to reserve service can often bring with them tremendous experience to help to bolster the strength of reserve units. Conversely, reserves transferring to the regulars often bring with them remarkable enthusiasm to make a meaningful contribution to their new units.” (Hansard 30th October 2017, Col 642)

The Bill successfully achieved a Second Reading in the Commons and will now pass into its Committee Stage prior to becoming law around the turn of the year.