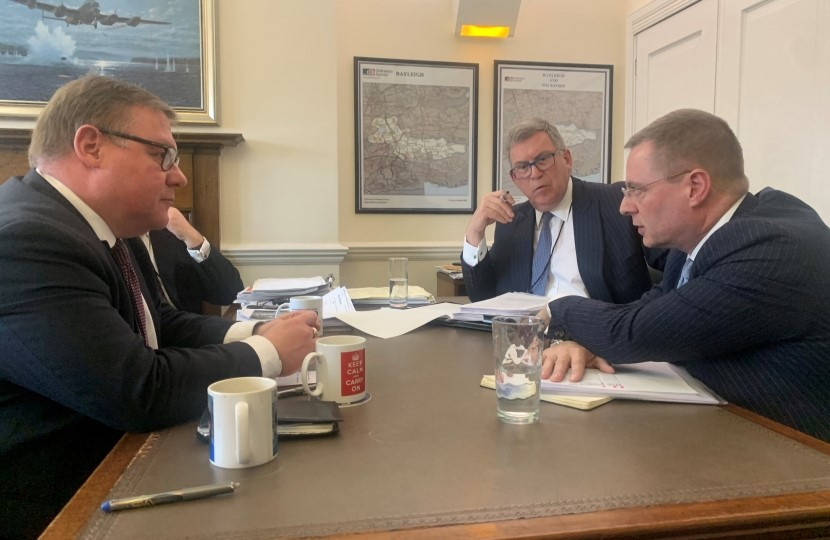 Mark Francois has succeeded in winning a £1 million payout from Sanctuary Housing Association for Rochford District Council (RDC) the funds for which have now recently been deposited with RDC.

Mark intervened several months ago, to help resolve a long-running dispute between Sanctuary, one of the largest registered social landlords in the UK and RDC, overpayments owed by Sanctuary for failing to meet previously agreed quotas on the construction of affordable housing in the Rochford District.

Mark took the matter up personally with the Chief Executive of Sanctuary, Craig Moule, including at a meeting in his House of Commons Office at Westminster. After discussions lasting several months, Sanctuary agreed to pay over the amount, to settle the dispute in full.

Commenting on securing this significant sum, on behalf of the residents of the Rochford District, Mark Francois said

“I would like to thank Craig Moule and his colleagues at Sanctuary for taking a very understanding approach over this thorny issue and now settling it once and for all. In these challenging times that £1 million will no doubt come in very handy for the Council’s budget - perhaps they might even spend some of it to help refurbish the Mill Hall?”