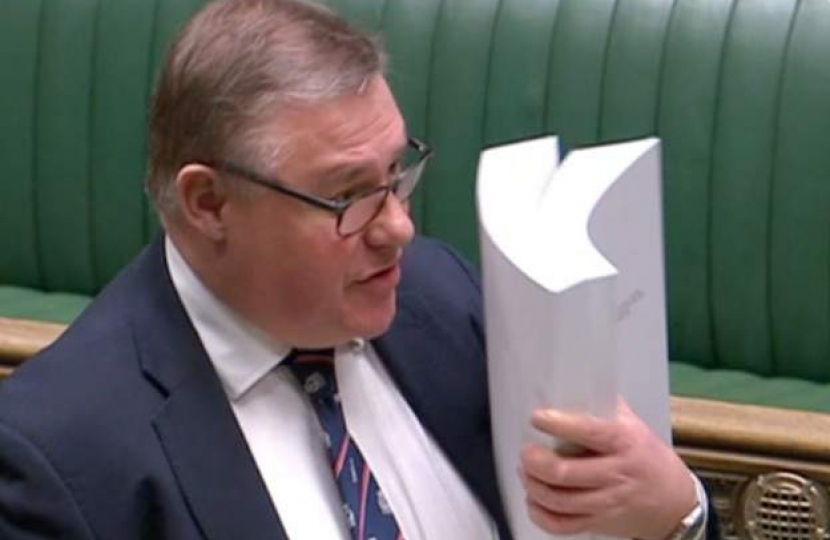 Rayleigh and Wickford MP and Chairman of the European Research Group (ERG) Mark Francois, voted with the Government yesterday to approve the EU-UK post-Brexit trade deal into law. following the news on Christmas Eve that the UK had secured a Free Trade Agreement with the EU.

Speaking in the House of Commons yesterday afternoon, Mark began his speech by holding a copy of the 1,246-page voluminous trade agreement and declaring that “what I call the Battle for Brexit, is now over; we won.”

“Boris Johnson famously promised the country that if he won the 2019 General Election he would “Get Brexit Done.” Now that the Commons has voted and endorsed this Treaty, I can assure you, 1,246 times over in fact, that he has done exactly what it said on the tin. From tonight, we will, at last, become a genuinely free country once again and for that the Prime Minister will have the thanks of a grateful nation. The Battle for Brexit is now over but I suspect the battle for the Union is about to begin. We are about to write a new chapter in our history, but after a truly epic struggle we will do it as a free people.”