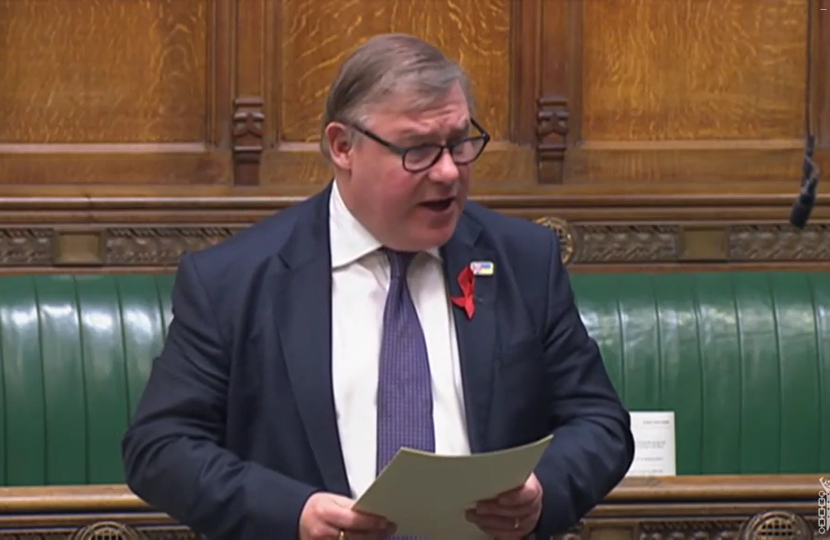 Rayleigh and Wickford MP Mark Francois, spoke out in Parliament recently about the frustration caused to motorists by the seemingly endless growth of roadworks in Essex and elsewhere.

Mark, was speaking to introduce a Ten-Minute Rule Bill (TMRB), called the Roadworks (Regulation) Bill. The aim of the Bill would be to give local highways authorities much stronger powers to control the granting of permits to anyone who wanted to dig up the highway network, mandate highway authorities to take all practicable steps to “deconflict” roadworks in their areas, whilst also materially increasing the fines for roadworks that overrun.

During his speech in Parliament, Mark said: “One of the great frustrations of modern life is queueing for ages in a line of traffic, inching forwards to get through a set of contra-flow traffic lights at the scene of some roadworks, only to then crawl past a large hole in the ground, heavily coned off, with absolutely no one working on the site, as you finally drive past it. According to data highlighted by The Echo newspaper, recent freedom of information requests showed that, during the 2021-22 financial year, there were over 77,000 street and roadworks in my county of Essex, making it the most dug up county in Britain and leading it to be infamously dubbed by UK Daily News as “the UK’s roadworks capital.”

At the end of the debate, Mark asked the Government to support the Bill, or at the very least, to grant him a meeting with the Secretary of State for Transport, Rt Hon Mark Harper MP, to discuss how some of these measures could be put into law and will also be writing to the Transport Secretary shortly to follow up on the debate and request a meeting.