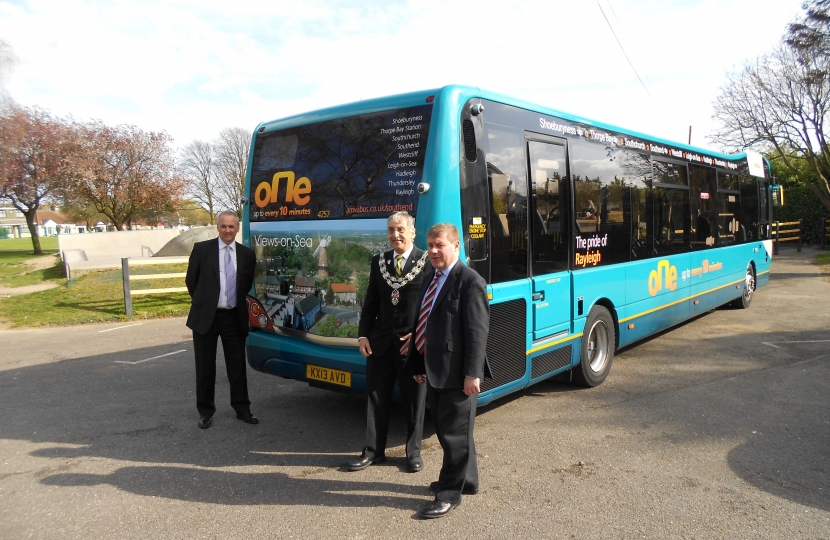 Many of Mark’s constituents commute into the City of London on the Greater Anglia (Abellio) Liverpool Street Line. Mark has raised questions in the past about the reliability of this service, and has held meetings with Network Rail and Greater Anglia railways to try and keep up the pressure to make the service as reliable as possible.

Mark has also raised concerns with the Managing Director of Abellio Greater Anglia, Mr Jamie Burles, regarding the cost of tickets, poor reliability, delays to services (and lack of information when this happens) and old rolling stock, which lacks air conditioning - unlike on the parallel C2C line into Fenchurch Street.

However, a few of Mark's constituents communte via the C2C service, into Fenchurch Street, and Mark has visited this line as well.

Mark has worked with local councillors and the police to help try and combat graffiti at a number of local railway stations, including at Hockley.

Mark has also been involved in campaigns to maintain local bus services and has made representations to both First Buses and Arriva about proposed changes in local bus timetables.