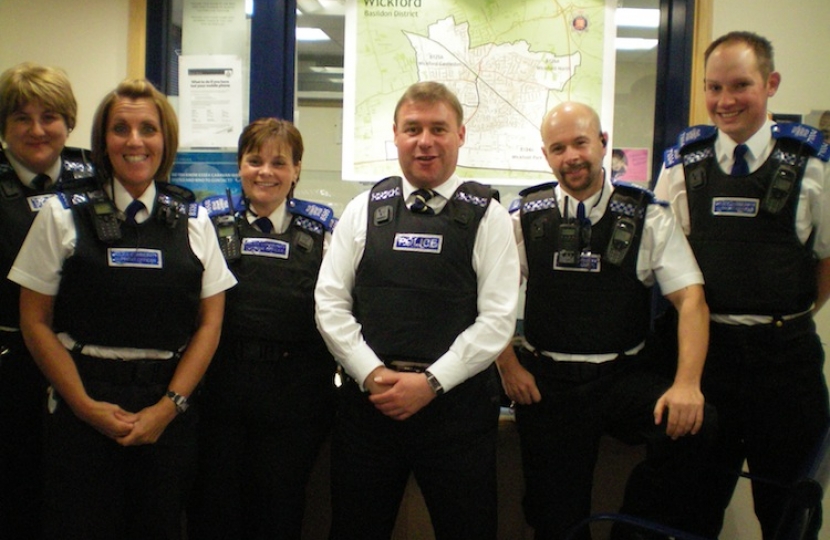 The Rayleigh and Wickford Constituency is now part of the Essex Police Local Policing Area (South).  Mark keeps in contact with local police commanders and from time to time he has gone out on patrol with local officers, to see the challenges which they face at first hand.

During 2006 Mark was very involved with the ‘Save Essex Police’ campaign to resist proposals to merge the Essex constabulary with that of Hertfordshire and Bedfordshire. Mark led the Parliamentary end of the campaign which involved tabling Parliamentary questions, speaking out in debates, working with the media and making representations to Ministers about the changes, which were eventually dropped.