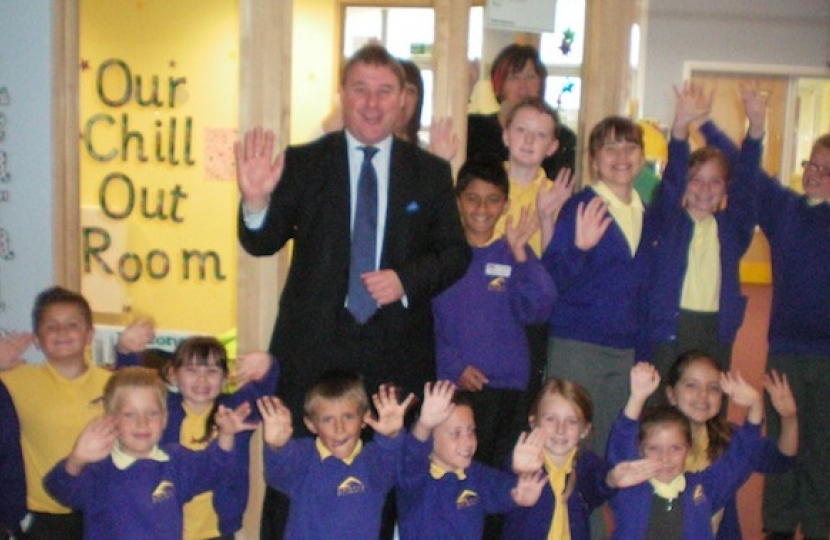 Mark Francois with Headteacher Miss Danniells, staff and pupils outside the special chill out room, which he saw during a visit to Abacus Primary School in Wickford.

The Rayleigh and Wickford constituency has six good quality secondary schools. They are FitzWimarc and Sweyne Park in Rayleigh, Greensward Academy in Hockley, King Edmund in Ashingdon and Beauchamps and Bromfords in Wickford. There are then over twenty other infant and junior schools, which also provide good education for local pupils. Mark has visited all of the schools in his constituency, a number of them several times.

Mark is also a firm supporter of the Academies programme, which has helped to raise standards in a number of schools in Essex and across the country as a whole. Mark has supported several local schools who have applied for Academy status and has backed the creation of new sixth forms, including at both Sweyne Park and FitzWimarc in Rayleigh, both of which he subsequently opened. Mark is also supporting the creation of a new sixth form at Castledon Special School in Wickford as well. 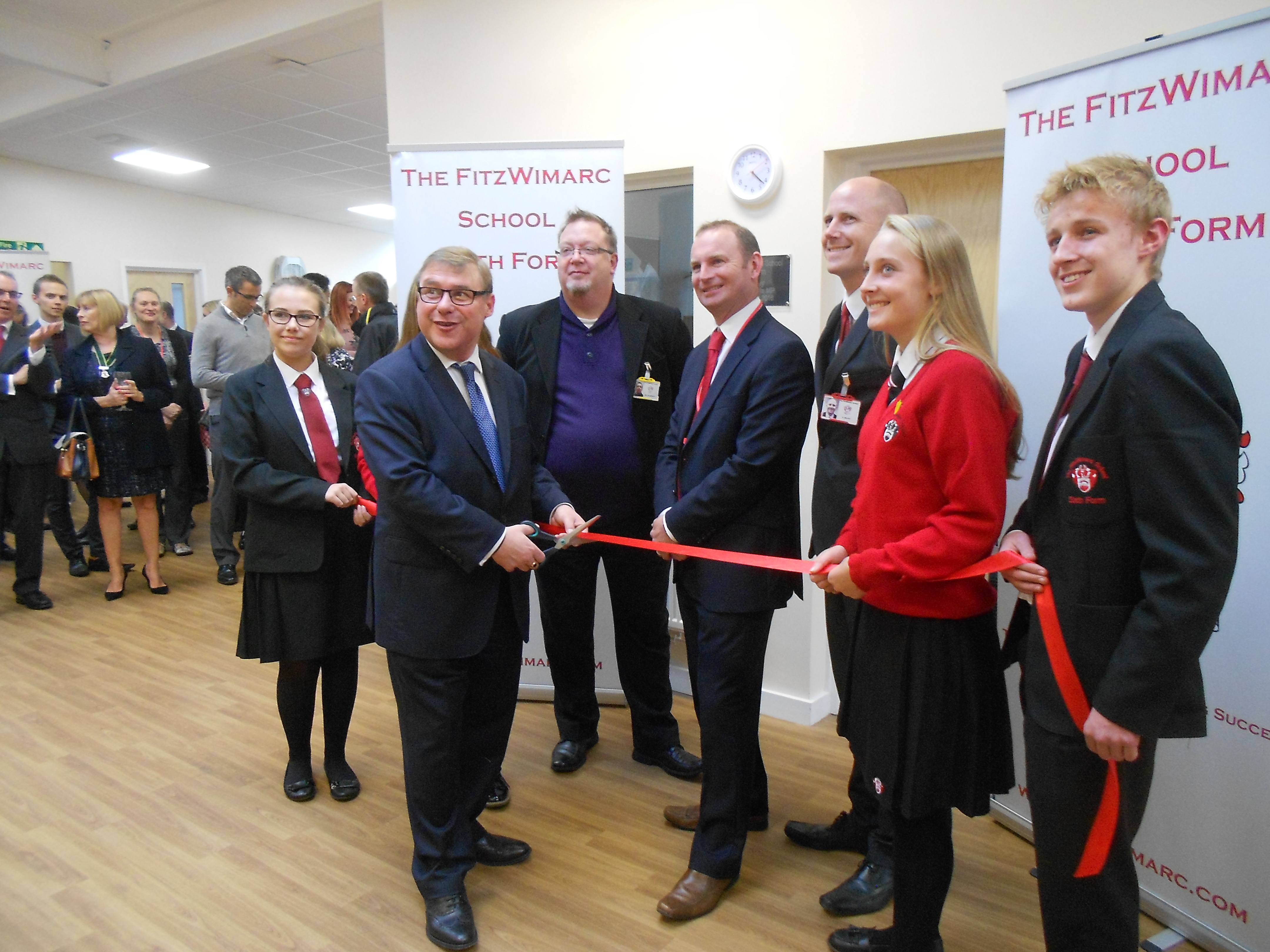 Mark is aware that schools currently face difficult financial pressures. In March 2017, Mark held a meeting with five of the Headteachers of the local Secondary Schools (Bromfords, FitzWimarc, Greensward, King Edmund and Sweyne Park) to discuss changes to the examination system and pressures on school budgets.

Over the years Mark has also actively encouraged local schools to visit the Palace of Westminster to learn more about the work of the House of Commons and the House of Lords. Any school wishing to organise a visit to Parliament is advised to contact Mark’s office at Westminster to find out availability and further details of the Parliamentary Education Service programme (as visits now have to be planned some months in advance with the House authorities). More details are available under Visits to Parliament on this website.