Mark made his maiden speech in the House of Commons on the 4th July 2001 against the Nice Treaty. Throughout his time in Parliament, Mark has had concerns about the growing power of the European Union relative to Westminster. When he served as the Shadow Europe Minister from 2007-2010, Mark was very involved with European Issues and he led the day to day opposition in Parliament to the Lisbon Treaty, working alongside Shadow Foreign Secretary William Hague MP.

During the 2016 EU referendum, Mark campaigned for Britain to leave the European Union and since the referendum took place he has supported Brexit in the House of Commons, including voting for the EU (Notification of Withdrawal Bill) which permitted the Prime Minister to trigger Article 50 - and thus begin the process of the United Kingdom leaving the European Union. 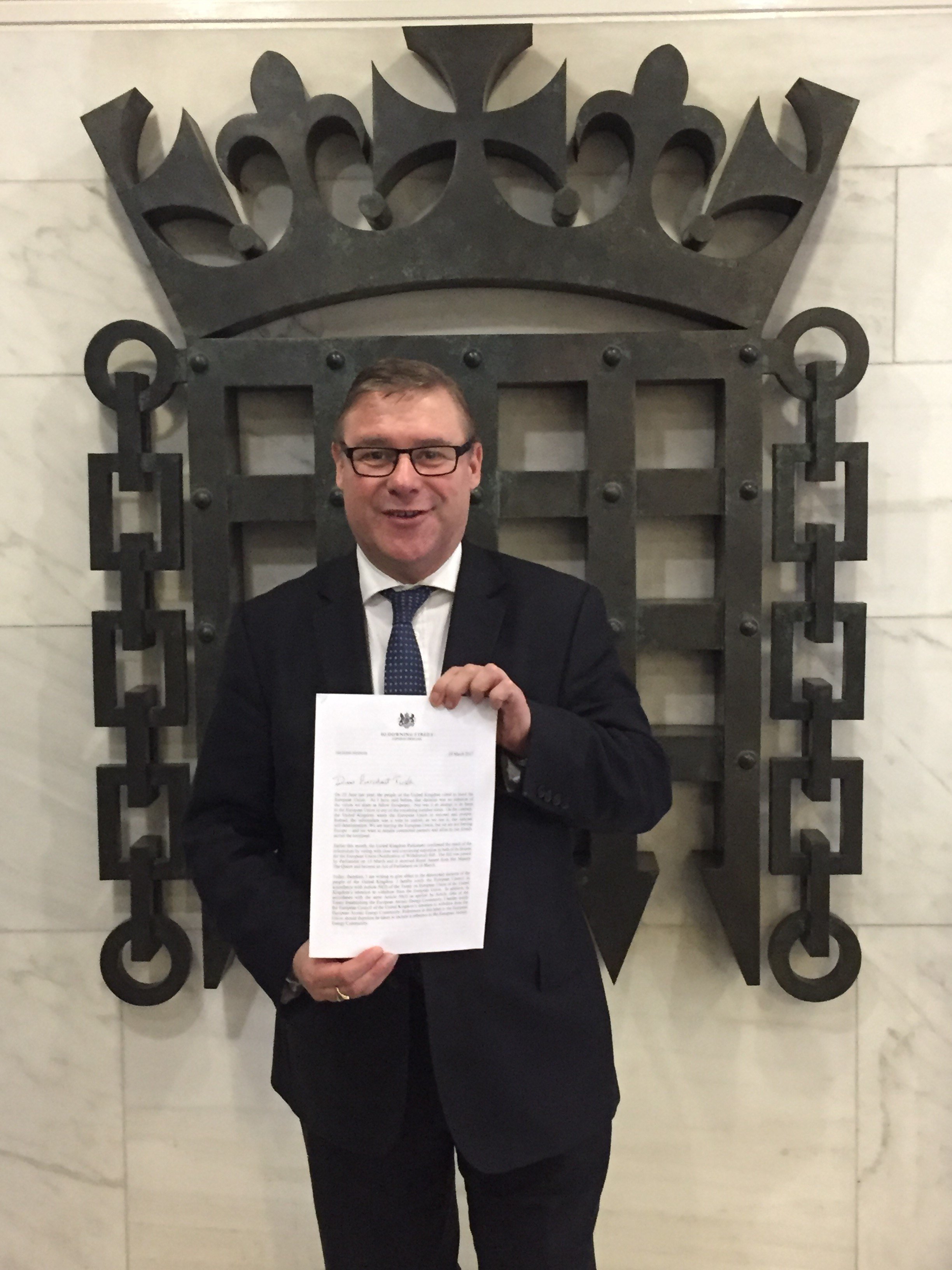 Mark pictured with a copy of the letter from Prime Minister Theresa May triggering Article 50 and thus commencing the United Kingdom's withdrawal from the European Union.