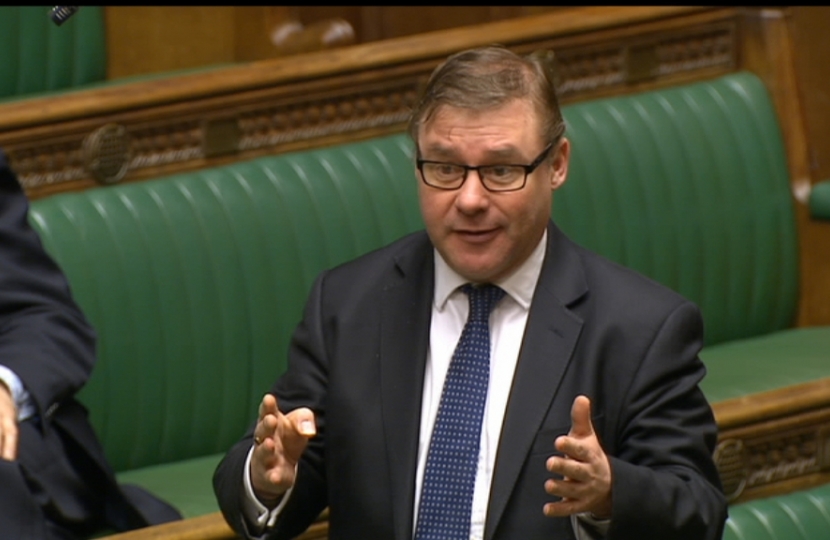 Rayleigh and Wickford MP and former Armed Forces Minister, Mark Francois, has welcomed assurances from Mr James Brokenshire, Secretary of State for Northern Ireland, that there is a need for the Government to review the system for investigating killings which took place during the troubles in Northern Ireland, to ensure that former servicemen are not subject to less favourable treatment than terrorist suspects.

Mark, who has been a strong supporter of the rights of Northern Ireland Veterans, was speaking in a debate in the House Commons on the topic of the ‘Armed Forces: Historical Allegations’ when he referred to the Iraq Historical Allegations Team, which is now being closed down after reviewing many false claims against servicemen, and the lessons that must be carried forward from this to Northern Ireland.

“Many references have been made to IHAT (Iraq Historical Allegations Team), and as parliamentarians we all need to learn the difficult lessons from what has happened in that regard. We also have to appreciate the effect that it has had on the armed forces ​and on our veterans. Surely, after all we have been through with IHAT and given the lessons that we must learn, the last thing we should sanction is a politically motivated witch hunt in Northern Ireland against our own brave servicemen.” (Hansard, 23rd February 2017, Col. 1213)

“I do not think that our servicemen should be subject to unfair treatment, especially since many of these events took place over 40 years ago. I was encouraged to hear the support from both sides of the chamber for Northern Ireland Veterans, especially since the decision to close down the Iraq Historical Allegations Team or IHAT.

I was very pleased to hear the Minister’s say that: “What is clear today, as this debate highlights, is that the current structures in place are simply not delivering for anyone, including victims and survivors on all sides who suffered most during the troubles.” (Hansard, 23rd February 2017, Col. 1197)