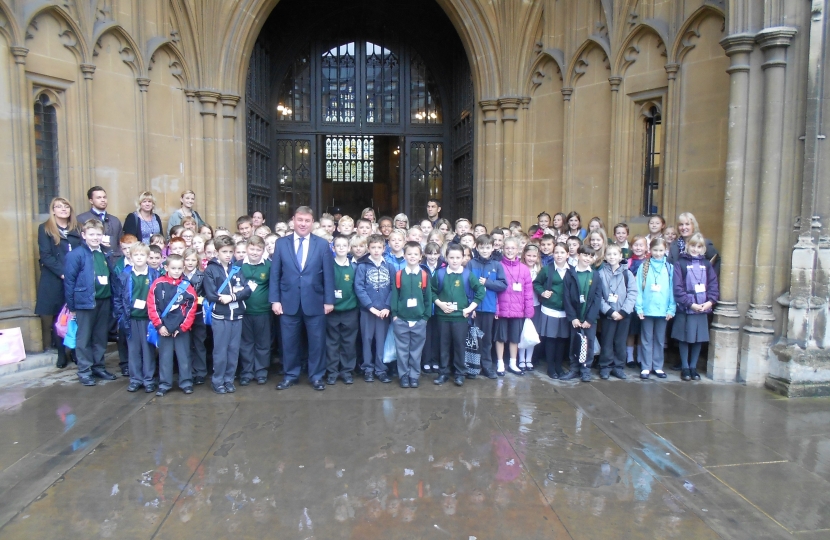 Local MP for Rayleigh and Wickford, Mark Francois, recently welcomed Hockley Primary School on their visit to the Palace of Westminster, where they were given the opportunity to take a tour of the famous building, before meeting their local MP.

The group of nearly 90 staff and pupils arrived in Westminster on a recent Friday afternoon while Parliament was in recess, to be taken on a guided tour of Parliament, which included various landmarks around the estate, such as Central Lobby, which connects the two chambers, the House of Lords and the House of Commons, the Royal Gallery, and the Queen’s Robing Room.

Following the tour, Mark met the group in Westminster Hall for a question and answer session, where he was able to explain a little more about the iconic building as well as answering any questions about his role as a local MP and as a Minister of State in the Ministry of Defence. Mark then handed over certificates for each visitor to help commemorate their trip.

Commenting on the visit, Mark said:

"It was a pleasure to welcome Hockley Primary School to Westminster once again and to answer their various questions - as I think it is important for local schools to take the opportunity to come and visit Parliament and to give pupils the chance to learn first-hand about what goes on in Westminster. I hope the group enjoyed their tour, and I look forward to keeping in touch with the school in the future."