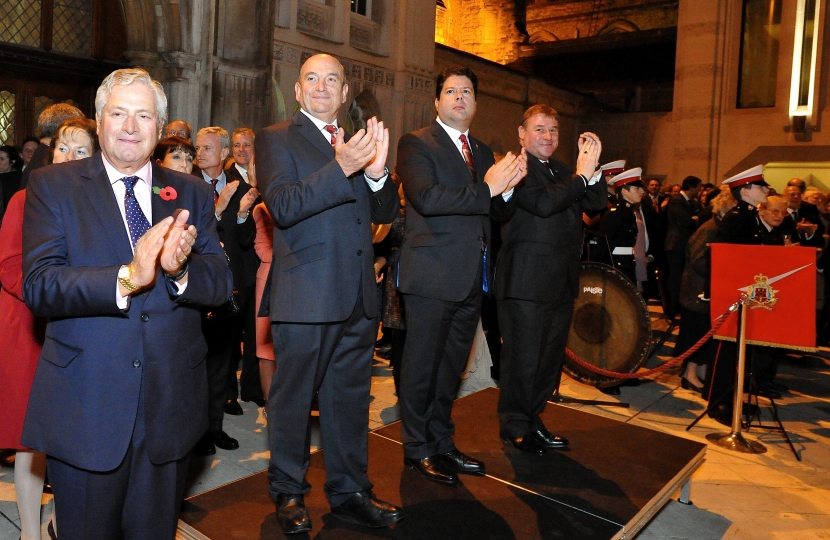 Rayleigh and Wickford MP, Mark Francois, celebrated Britain’s strong links with the Rock of Gibraltar when he attended a special Gibraltar Day reception at the Guild Hall in the heart of the City of London recently.

After the reception and speeches, guests went outside to watch a Beating Retreat ceremony by the combined bands of the Royal Gibraltar Regiment and the Royal Marines – both of whom have a strong and long standing association with Gibraltar.

As a strong supporter of Gibraltar, when he was elected to Parliament back in 2001, Mark joined the All Party Gibraltar Group and he has maintained an interest in Gibraltar ever since, not least in his current role as Minister of State for the Armed Forces.

Commenting on the evening, Mark said:

"Gibraltar will remain British for as long as the people of The Rock wish that to be so – a point they have reaffirmed time and again, not least in a referendum several years ago when they voted overwhelmingly to maintain their links with the United Kingdom. It was a great evening at Guild Hall to celebrate our links with The Rock and it was a privilege to be one of those taking the salute when the bands marched past at the end of a fantastic evening."