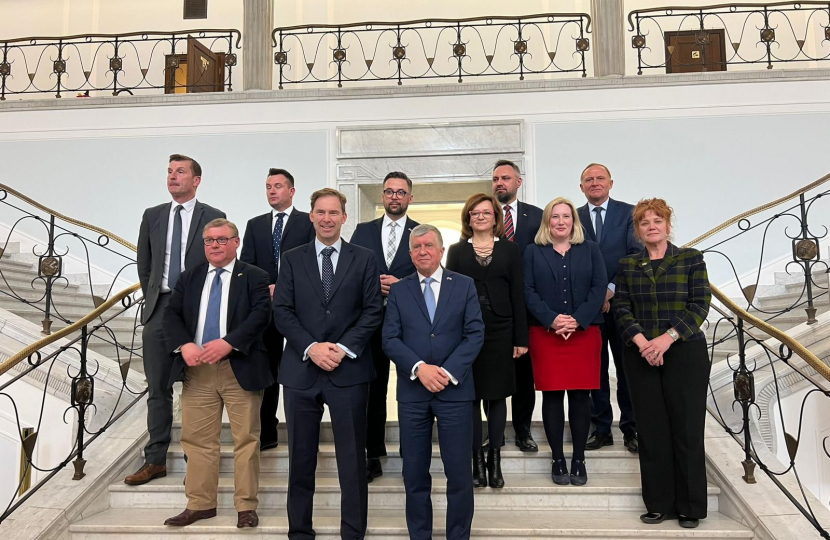 Mark Francois, MP for Rayleigh and Wickford, demonstrated his support for our NATO partners in the face of Russian aggression, during a recent visit to Berlin and Warsaw.

Mark, a former Armed Forces Minister who now serves of the House of Commons Defence Committee (HCDC), joined several members of the Committee when they paid a brief visit to Berlin and then Warsaw, to discuss the situation in Ukraine and it’s implications for NATO.

As part of the trip, the Committee met with the German State Secretary for Defence, as well as their opposite numbers on the Defence Committee of the Polish Parliament (the Sejm). Talks centred on the recent Russian aggression in Ukraine, the growing evidence of war crimes committed by Russian troops and the need for NATO members to stand united, to deter any further Russian aggression, including against countries such as Poland or the Baltic States.

Speaking following his return from Eastern Europe, Mark Francois said: “Russia’s invasion of Ukraine is a brutal act, totally in contravention of international law. In a crisis, it is important to stand by your friends, which is why our Committee thought it important to find out directly from our NATO allies how they are reacting and what more we can do to support them, as well as backing the Ukrainians themselves.”