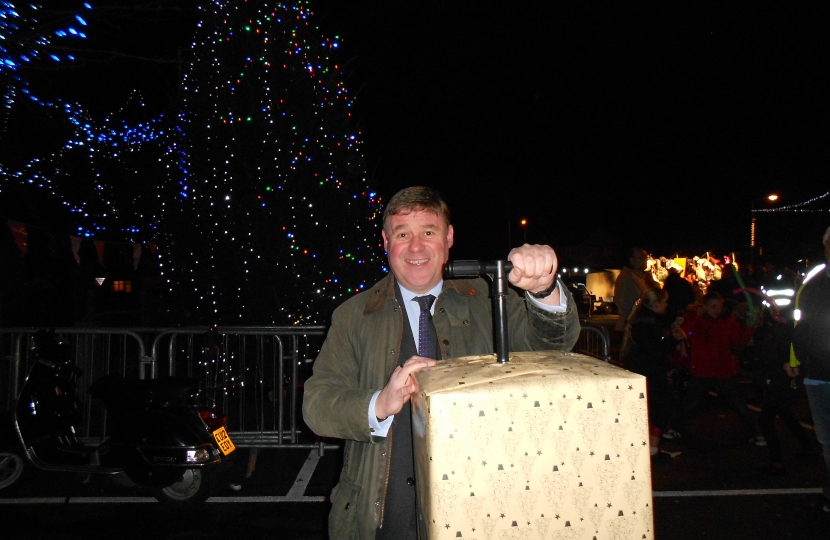 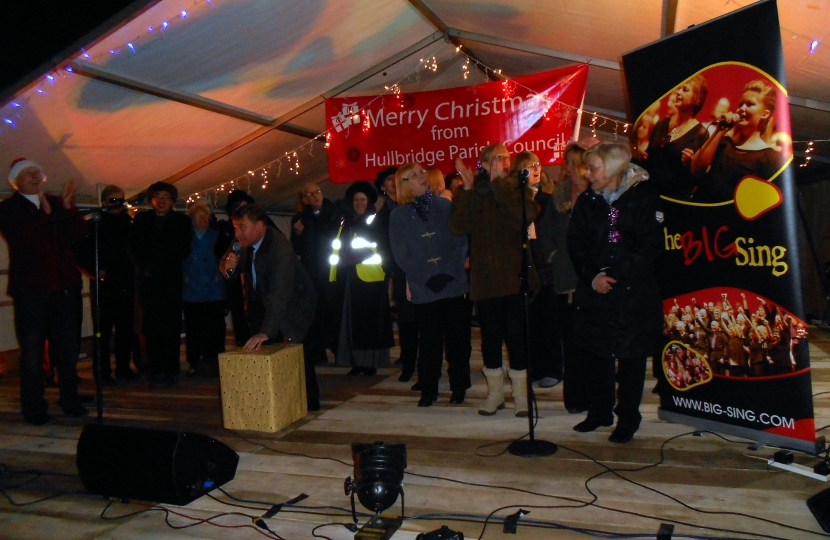 Rayleigh and Wickford MP, Mark Francois, recently attended a Christmas Fair in Poole’s Lane car park in Hullbrigde where he turned on the Christmas lights to help illuminate the village for the festive season.

The successful event was organised by Hullbridge Parish Council and was attended by large numbers of people form Hullbridge and some from further afield as well. The entertainment programme featured singing by local choirs, including ‘The Big Sing’ and the presentation of community awards, before Mark turned on the lights just before 6:00pm. The MP did this with a specially designed "explosive" plunger which miraculously led to the lights coming on as he pressed the plunger down - after a 10 second count down.

"As Minister of State for the Armed Forces I have seen a whole range of military equipment but this is the first time I have ever had to press an explosive plunger! It was great to be part of this event - which has a really good community feel about it - and the Parish Council have done really well both in organising the day and in making the lights look so good. I hope everyone in Hullbridge will have a really great Christmas."