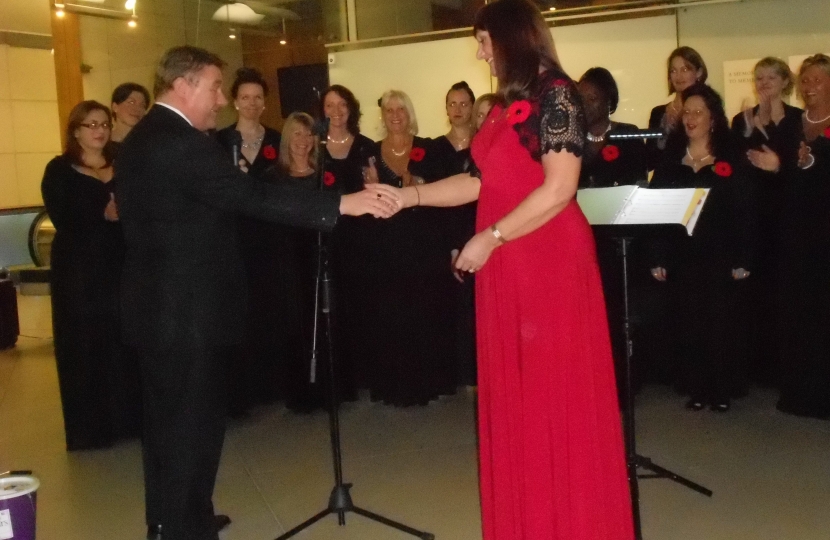 Rayleigh and Wickford MP and Armed Forces Minister, Mark Francois, recently attended a special Remembrance tide concert in the House of Commons where the performers were the Colchester Military Wives Choir, from Colchester Garrison.

The choir, drawn from the wives of serving military personnel (and also including some soldiers too), sang a variety of numbers at the special concert - ranging from modern songs including Skyfall and You Raise Me Up, through to a medley of Vera Lynn songs from WWII. They also performed "Wherever You Are", the song that was written for the original Military Wives Choir several years ago and which got to Number One in the charts.

Mark was joined at the concert by a number of other MPs and House of Commons staff including Sir Bob Russell, the MP for Colchester, who had arranged for the choir to visit Westminster.

Commenting on the evening, Mark said:

"I have met the Colchester Military Wives Choir before, including when they sang at Armed Forces Day in Rayleigh a couple of years ago. They really are a very good choir which was demonstrated again when they performed at the Commons. At this special time of year we remember those who have given so much for their country and it was a privilege to be able to listen to such a fine choir, composed of