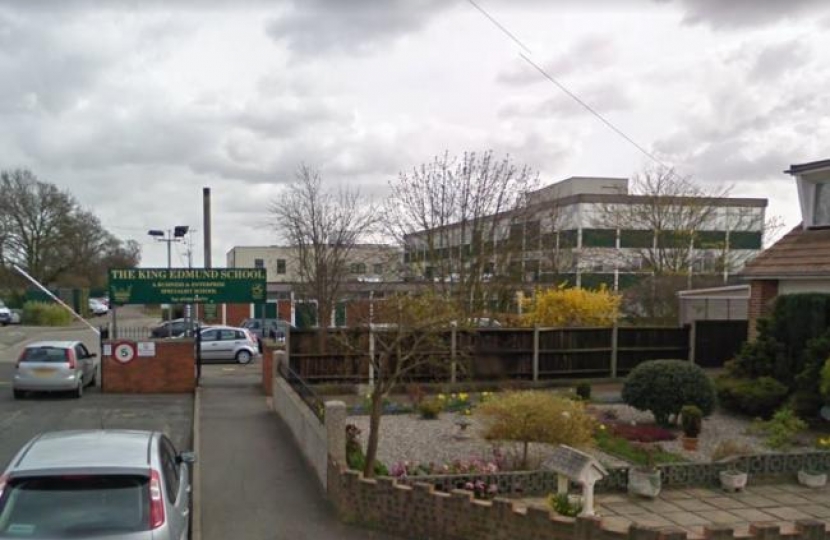 Rayleigh and Wickford MP Mark Francois, in whose constituency King Edmund School, Ashingdon, is situated, has warmly welcomed today’s announcement by the Department for Education that the school has been allocated a multi-million grant, to help build brand new facilities.

Mark has been lobbying the Education Secretary, Gavin Williamson MP, for the cash since last Autumn, when it was discovered that large parts of the school buildings, which were constructed decades ago, unfortunately suffer from serious structural defects, which previously necessitated a partial closure of large parts of the school, even aside from the recent effects of the Covid-19 Pandemic.

Mark wrote to the Education Secretary back in October, asking for immediate support for the provision of temporary classrooms but also for funding to be found for a longer-term solution, including a major rebuild of the affected parts of the school. Today’s announcement is that King Edmund is the only school in Essex so far to benefit from major capital funding under the new “Schools Re-Building Programme”. This particular grant has been provided specifically to help the school address its structural defects.

Demolition works on the affected buildings are now likely to commence later this year. It is hoped that the major new block, which should incorporate up to 30 new classrooms plus other facilities, will be ready to open by September 2023, at the beginning of the 2023/24 academic year.

“Since last year, I have been working closely with the Headteacher at KES, Mr Jonathan Osborn, Essex County Council, Rochford District Council and the DfE to try and win funding for a major rebuild at KES. I am therefore delighted that the Secretary of State has listened to my representations and has come up with the cash to finance major rebuilding works at King Edmund. I would like to congratulate all those members of the school community, including the Head, Governors, teachers and students who also worked collectively to help make this great news possible.”