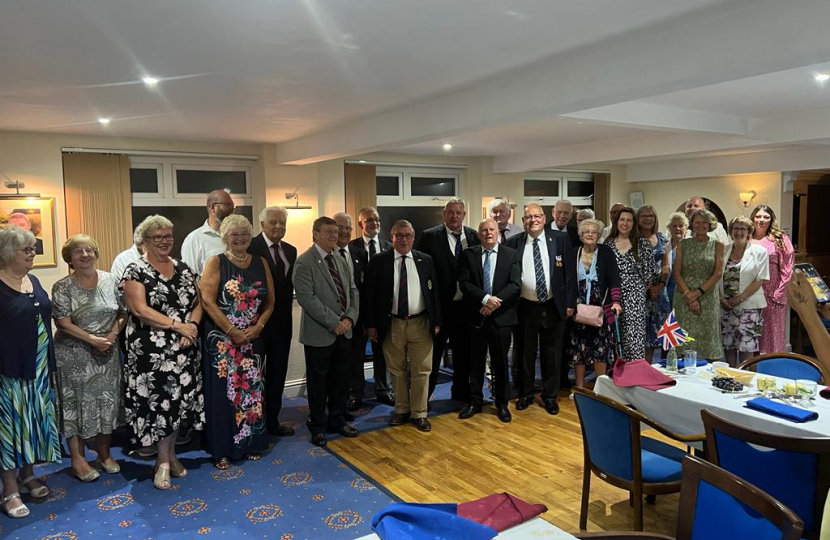 The Guest of Honour at the dinner was “Tony”, an Army Veteran who served in the Second Battalion of the Parachute Regiment (2 PARA) during the battle of Goose Green. It was during that encounter that their Commanding Officer, Colonel ‘H’ Jones posthumously won the Victoria Cross for becoming fatally wounded, whilst storming an Argentinian machine gun post.

Mark, who as well as being a former MoD Minister is also an amateur military historian, gave a speech remembering the history of the Falklands War and the 255 British serviceman who lost their lives in re-capturing the Falkland Islands from their Argentinian invaders.

Speaking about the event, which was attended by a number of other Armed Forces Veterans, as well as numerous members on the Con Club, Mark Francois said:

“It seems difficult to believe that it is now four decades since Britain went to war, to resist Argentinian aggression and uphold the rights of self-determination of the pro-British Falkland islanders. As someone who visited the islands on a Parliamentary delegation, several years ago, I have witnessed some of the battlefields over which our troops fought in that conflict. It was a privilege to dine in the company of a Falklands Veteran but also to have an opportunity to pay a tribute to the fallen - on both sides - of that struggle, 8,000 miles from home.”