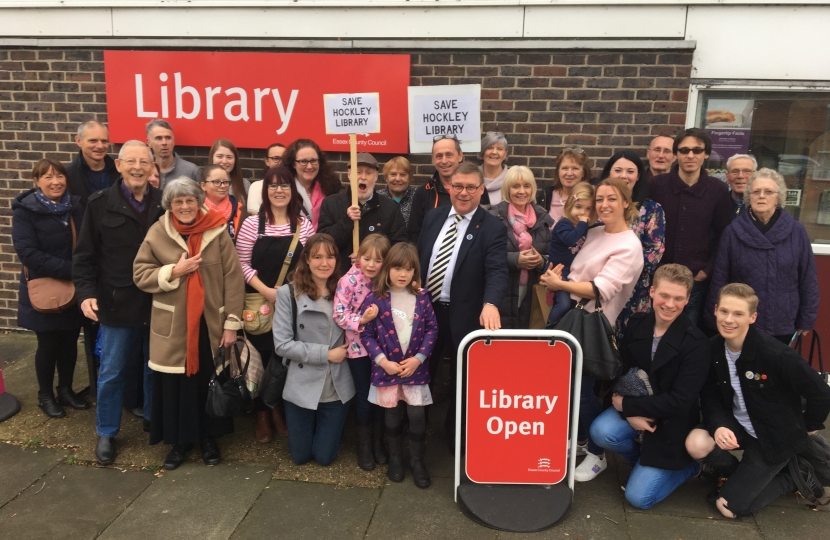 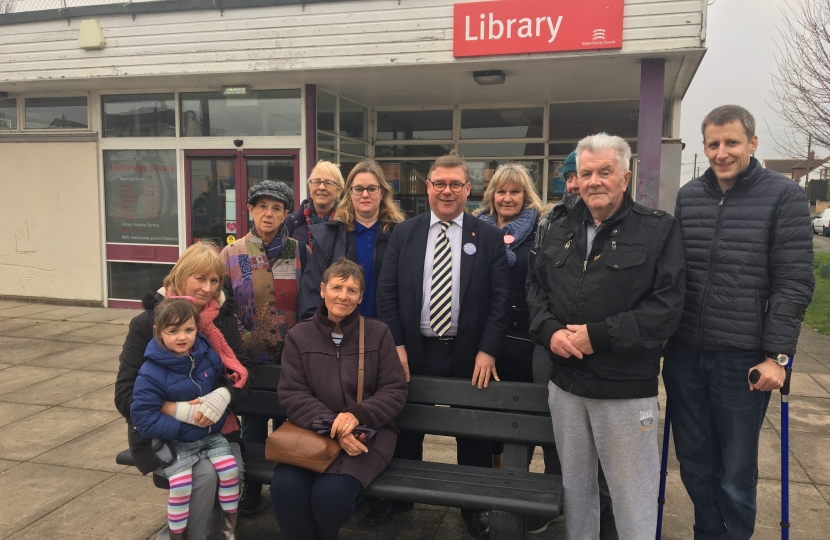 Rayleigh and Wickford MP, Mark Francois, has defended two of his local libraries, in Hockley and Hullbridge respectively, which are under threat as part of Essex County Council’s consultation on Future Library Services.  In his response to the consultation, submitted yesterday, Mark argued that both Hockley Library (currently earmarked for Tier 3) and Hullbridge Library, (currently earmarked for Tier 4 – or closure) should be saved and upgraded instead to Tier 2 status, which means that they would continue to be funded and operated by Essex County Council.

Mark pointed out in his response that both libraries have received strong support from their local communities, as evidenced by local petitions, which, in the case of Hockley, contained almost 8,000 signatures, between combined physical and electronic versions of the petition.

Mark also argued a wider point, that as closing the 24 Essex libraries in Tier 4 would save less than a million pounds per annum, “The game is not worth the candle.”  Speaking about his defence of local libraries in Essex Mark said:

“Many of my constituents are extremely exercised by these proposals and, having visited both libraries last weekend, and met with some of those campaigning actively to save them, I have offered them my wholehearted support.  I appreciate that councillors who run local authorities have had to take some very difficult decisions in recent years because of tight spending constraints.  Nevertheless, quite frankly, it is not credible for Essex County Council to seek to save less than £1 million a year by closing a third of the libraries across the County, when they have almost a quarter of a billion pounds in reserves, whether earmarked or not.  The best thing that ECC could do, when they eventually respond to the public anger in the consultation, is to learn from experience - and drop the whole thing!”