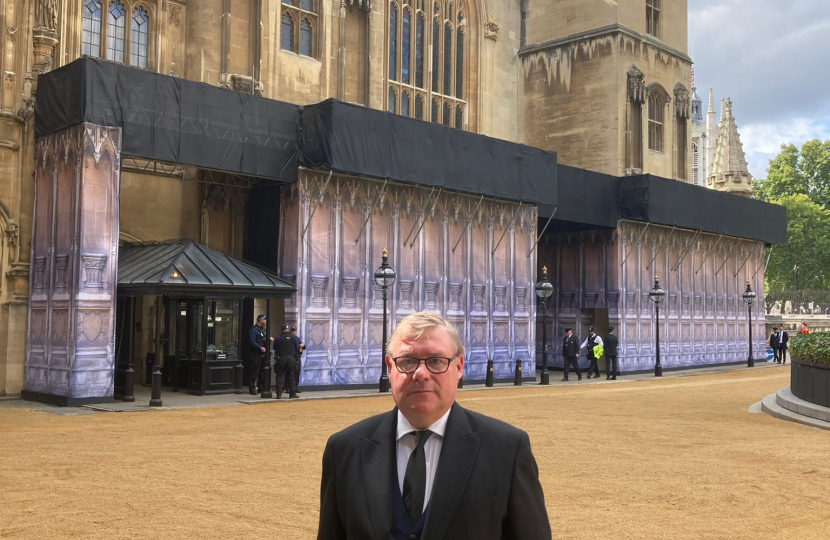 Rayleigh and Wickford MP Mark Francois was present in Westminster Hall this afternoon, to witness the coffin of the late Queen Elizabeth II brought to Westminster, for the Lying-in-State, which commenced shortly thereafter.

Mark, who was appointed a Privy Councillor back in 2010, and served as the Vice Chamberlain of Her Majesty’s Household (the Queen’s Messenger to Parliament) from 2010-12, was one of 140 Members of Parliament selected to form a party for the arrival of the Queen’s coffin, which was delivered to Westminster on a gun carriage and then marched in by soldiers from the Household Division and placed on a special raised platform, known as a “catafalque” which members of the public will now be able to file past until early on Monday morning, to pay their respects.

“I was present in Westminster Hall twenty years ago, when the Queen Mother was brought in for Lying-in-State and so I was deeply honoured to be selected to help receive her daughter’s casket, two decades on. Queen Elizabeth gave unstinting and selfless service to her people for seventy years and this is a chance for people to acknowledge that in person.”