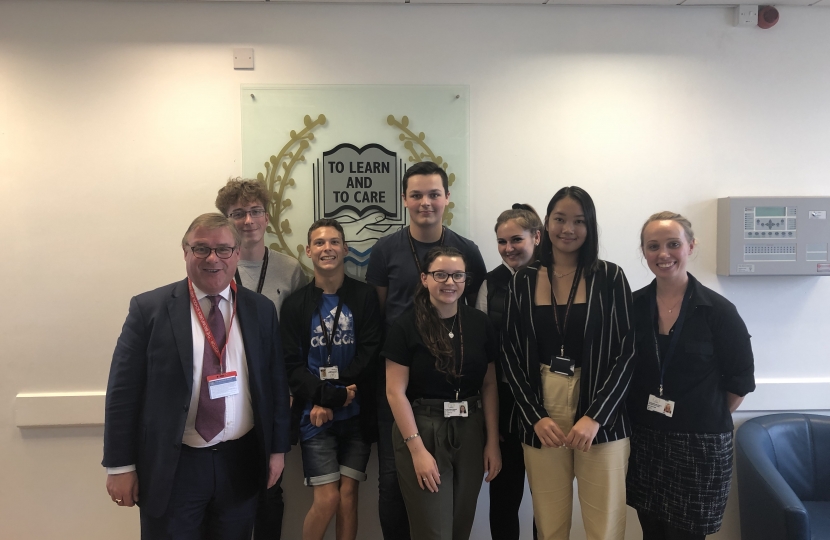 Rayleigh and Wickford MP, Mark Francois, was put through his paces by the members of a sixth form politics class, when he undertook a detailed question and answer session for some 45 minutes, during a recent visit to Bromfords Academy in Wickford.

The lively class of students quizzed Mark on a whole range of topics, mainly around Brexit, but also including law and order, student finance and the environment and climate change. Mark did his best to answer all of the questions put forward by the sixth formers, as well as giving them some insight into his political background and his day to day life as a Member of Parliament.

Commenting on his visit to Bromfords and his meeting with the sixth formers, Mark said:

“It was apparent from the outset that I was dealing with a really bright class of students, who asked some really probing questions. They had clearly done their homework and were asking me questions on my voting record in Parliament, as well as what I thought was going to happen on Brexit. I was really impressed by the quality of the questions and also by the fact that these young people had clearly taken an interest in their local area and the issues which affect it. I would like to thank the headteacher, Mr Martin Coulson, for what I would regard as a very enjoyable visit.”