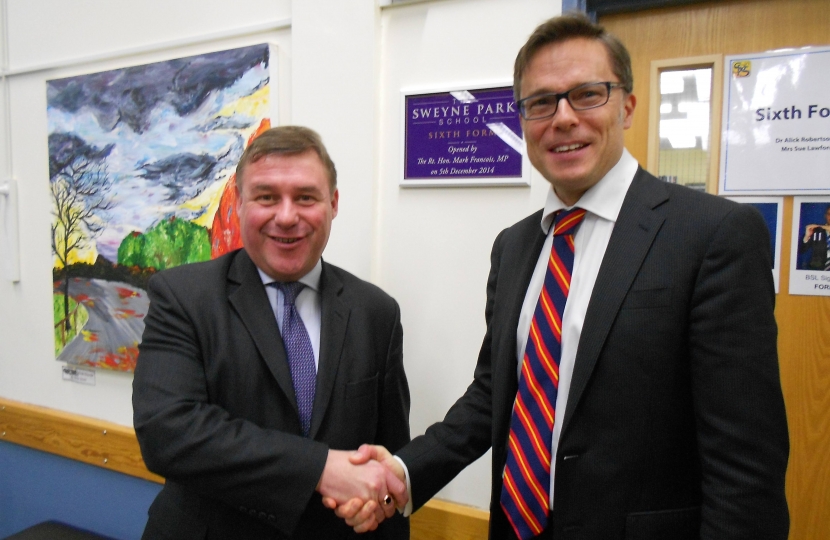 Mark, who was joined by Headteacher Andy Hodgkinson - who recently won "Secondary Headteacher of the Year" at the Pearson Teaching Awards - was shown a commemorative plaque to record the official opening of the new sixth form, which is the first of its type in Rayleigh.

The project has taken around two years in the planning, during which time the school has also become an Academy, and the sixth form welcomed its first pupils at the start of this academic year in September 2014.

The new sixth form fills an important gap in the local community, as for many years young people who wanted to study for their A-Levels have had no sixth form in Rayleigh which they could attend. Instead they have had to travel to schools further afield in Southend or to sixth form colleges such as South Essex College or SEEVIC.

Speaking at the event, Mark said:

"I am delighted to open this new sixth form which I believe will be a real asset both to the school and to the wider community as well. I would like to congratulate Andy Hodgkinson and all his staff and pupils who have put in so much hard work to make this very worthwhile project a reality. I believe that pupils will now go through this sixth form and help make a contribution to our community, to our country and indeed to the wider world - and from what I have seen so far that is precisely what they are going to do."