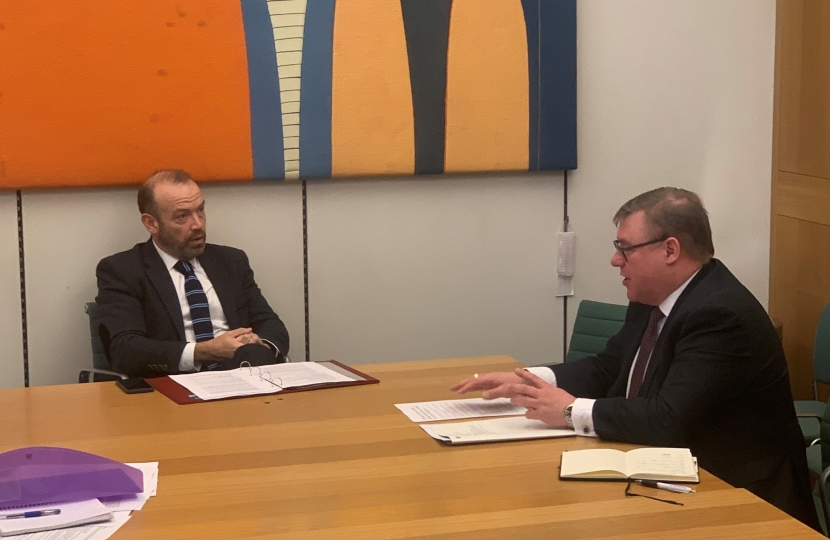 Mr Francois, who has clashed previously with Jamie Burles, the managing director for Abellio Greater Anglia over the matter of potential compensation for long suffering commuters, sought out the meeting with the Rail Minister following a large increase in complaints regarding the Rail Franchise.

Mark was pleased to hear that the speed restrictions currently in effect by Abellio at Maryland, will be removed at the end of the Month and that the three-year programme by Network Rail, to replace sagging overhead wires, should now be completed by the end of April. However, the MP remained critical of the company, due to their ongoing poor performance.

“The sheer volume of correspondence I have received in regards to the performance of Abellio ‘Lesser’ Anglia in the past few months is astounding. My constituents have been facing years of reduced services and shortened trains, all whist still paying over £4,000 for a season ticket. My offer to Jamie Burles, Abellio’s Managing Director, still stands to come onto the media and debate publicly with me over the performance of ‘Lesser’ Anglia.”