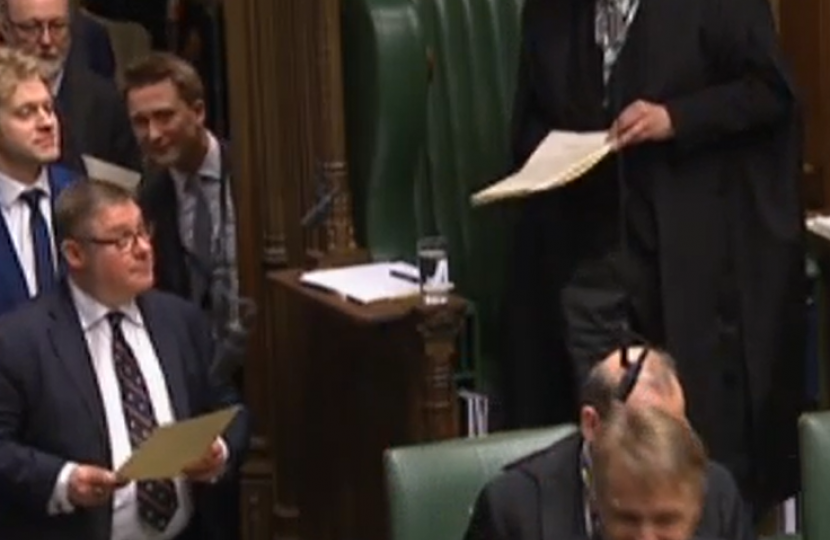 Rayleigh and Wickford MP, Mark Francois, this afternoon presented a Private Member’s Bill to the House of Commons, to control roadworks and to set penalties when they overrun. The Bill is due to have its Second Reading in mid-June.

The “Control of Roadworks Bill” is designed to set out requirements regarding the duration, timing and coordination of roadworks; and to set stiff penalties if they overrun. It will primarily affect property developers and utility companies and any fines imposed will be placed by local highways authorities (such as Essex County Council) into a ring-fenced fund, for the repair of pot holes.

Mark was fortunately selected as Bill Number 9 in a ballot of all 550 or so, backbench MPs to present a Private Member’s Bill, which is a piece of proposed legislation introduced by an individual MP, rather than the Government. In response to the traffic chaos seen in Rayleigh and Hullbridge last autumn, Mark decided to use the opportunity of a PMB to try and gain some form of recourse for local residents and their counterparts throughout the country.

“As I’m sure my constituents are aware, we had severe traffic problems last year in Rayleigh and Hullbridge, when several property developers all began to dig up the roads at the same time. I had to intervene with them and Essex County Council in order for the roads to return to some form of normality. At the time, I said that this should never happen again. With this in mind, the purpose of my Private Member’s Bill is to promote a sense of urgency among anybody seeking to dig up the roads, to ensure that they carry out their works in a time efficient manner or face severe financial penalties. I intend to consult interested parties this Spring, and produce a detailed Bill, hopefully with the Government’s support, to see the Bill enter the Statute Book by the end of the year.”