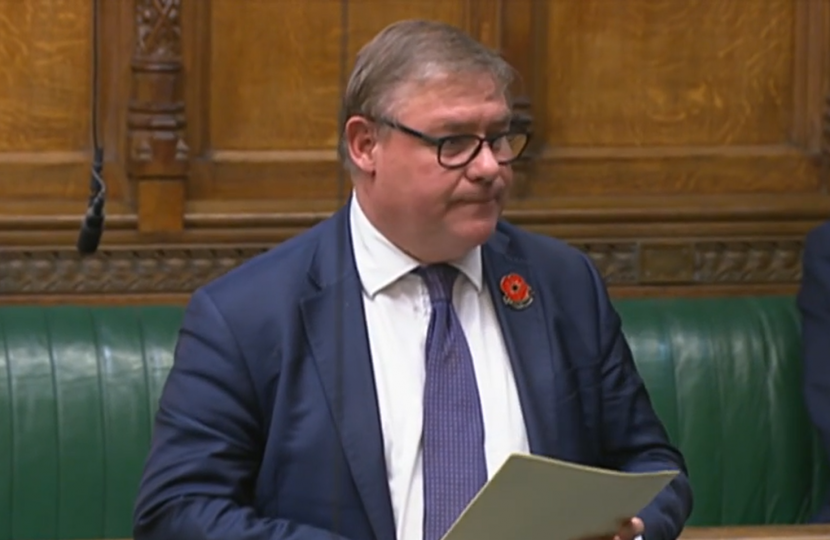 “Thirdly, again on safety, the Secretary of State will appreciate that a facet of substantial modern housing developments is that they now often include a sizeable portion of social housing, usually administered by housing associations. One such development is the new Bloor Homes development, off Ashingdon Road in my constituency. That has a highly complex and controversial history, which I shall not attempt to recount here in detail, as it could take literally all evening. Suffice it to say, Bloor won on appeal despite intense local opposition, including from me as the local MP. Although it has planning permission, it is seeking to fell a 100-year-old oak tree to create an entrance to the new estate directly opposite both an infant and a junior school, which between them, accommodate more than 500 staff and pupils.

As clauses 10 and 11 of the Bill relate directly to safety, including, presumably, that of the tenants in the new development whose children would be likely to use the schools that are just opposite, the House should know that the headteachers of both schools issued a joint letter last Thursday that included the following statement:

“We experienced a frightening glimpse into the future, when on Friday 21st October the pavement access was reduced in readiness for the tree removal. The situation was carnage, and it was only through our dedicated teaching staff actively marshalling pedestrians and on-coming traffic that there was not a serious accident.”

Safety must be paramount. With the tree occupied by protesters and the local community up in arms, the whole sorry episode is rapidly degenerating into a public relations disaster for Bloor Homes, which is repeatedly described by my constituents as “arrogant”, or often far worse, and which appears to have desperately little regard for the feelings of the local community, its locally elected councillors or, indeed, its local MP.

Despite its uncompromising attitude, I genuinely appeal to Bloor in the House of Commons tonight, even at this 11th hour, to reconsider its approach and facilitate a redesign of the junction to save the tree and, even more importantly, to ensure the safety of the pupils—some of whom are as young as five—at both the schools. A company with even the slightest regard for its public reputation would surely attempt to do so, but this is Bloor Homes, so we shall have to wait and see.”