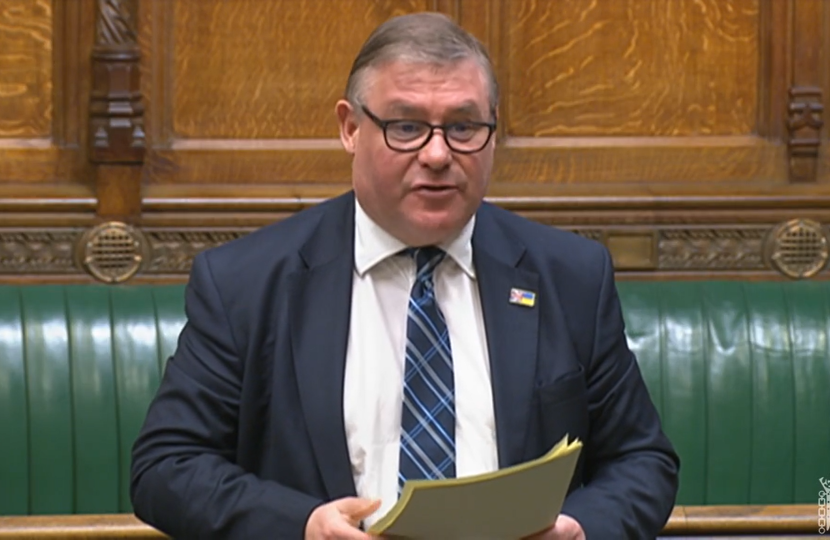 Speaking in today’s Christmas Adjournment debate, Rayleigh and Wickford MP Mark Francois, raised concerns about the need for a greater “sense of urgency” among DfE officials to reopen King Edmund School, in Ashingdon. This comes after recent news that due to delays in removing rubble from the site (which may be contaminated with asbestos), the school is now unfortunately unlikely to reopen until at least the 23rd January 2023.

During his speech in the House of Commons this afternoon, Mark said:

“We have a very challenging situation at Kind Edmund School, just off the Ashingdon Road. The school is in the process of having a major block demolished, as part of a multi-millionpound improvement programme. However, during the demolition process, unfortunately, quantities of asbestos were discovered. This led to the Headteacher, Mr Jonathan Osborn, very reluctantly having to close the school several weeks ago, on safety grounds, on the basis of strong advice from DfE officials.

It had originally been hoped to clear all of the demolition rubble, containing the asbestos, using specialist contractors, by Christmas. This would have allowed for the site to then be cleaned, checked, to ensure that asbestos was no longer present and for the school to re-open on 3 rd January, at the beginning of the new term. This at least is what both I and my hon friend for Rochford & Southend East, (whose constituents also attend the school) were originally told by the DfE. However, delays to this clearance process, caused in part by bad weather, have now extended this process, into at least mid-January. Both my hon friend and I are now very concerned that the timings on all this are slipping - and could yet slip even further - and, regretfully, I detect no real “sense of urgency” among officials to fix the problem. This inconveniences not just pupils, many of whom have already had their education significantly disrupted due to Covid, but also their parents; who have had to juggle commitments, including workwise, to keep their children at home but who cannot necessarily rely on the goodwill of their employers, forever. Temporary arrangements are being organised, to try and accommodate at least some pupils in neighbouring schools, but I do not want to see these somehow becoming semi-permanent, while people play “pass the parcel” with the important safety issues.

There is thus a really pressing need to get the site completely cleared of all the building rubble and then thoroughly re-tested - so that Mr Osborn can, with confidence, safely re-open the school, with minimum further delay. I therefore urge Ministers to use their good offices to keep up the pressure on this, to permit the school to re-open, safely, as soon as practically possible in the New Year.”