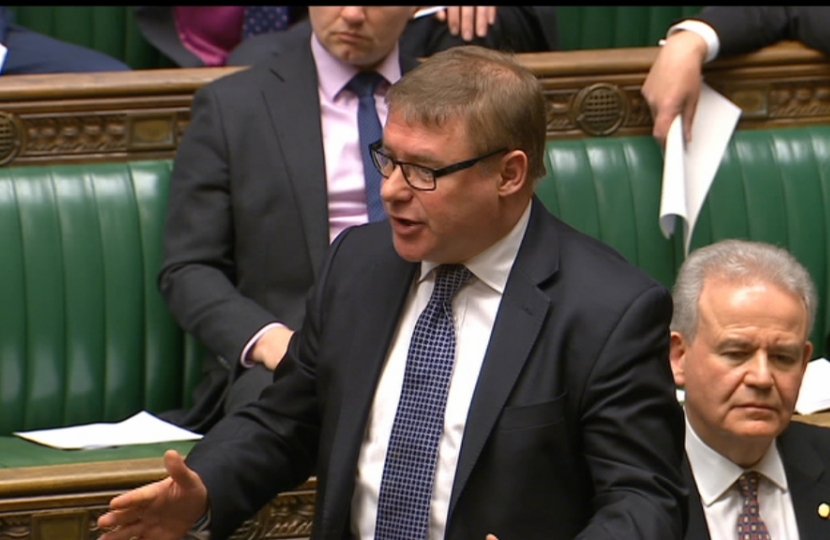 Responding to the Prime Minister’s Statement in the House of Commons yesterday on the incident in Salisbury and the fact that Russia is “highly likely” to have been responsible, Rayleigh and Wickford MP and former Armed Forces Minister Mark Francois called on the Prime Minister to consider increasing defence spending.

In response to the Prime Minister’s statement, Mark said:

“May I commend the Prime Minister for the robust tone of her statement, which is entirely appropriate. Does she accept that, while we may not be in a period of cold war with Russia, as we were in the 1980s, it could be said that, because of its actions, we are at least now entering a period of cool war? If that be so, would she be prepared, at the appropriate time, to look again at our ability to deter Russia and at the resources we may require to do so?” [Hansard, 13 March 2018, Column 629].

“As I have said previously, there is no question of business as usual with Russia. We must be very clear about the actions it has taken. This incident proves that the actions we have taken over the past decade have been entirely justified. What we see is a Kremlin that seems to be intent on dismantling the international rules-based order, and we should stand up resolutely in Defence of that international order.” [Hansard, 13 March 2018, Column 629]

The Prime Minister has said that additional investigations into the case are continuing and she is likely to make a further statement to the House of Commons on Wednesday outlining exactly what action the Government is likely to take against Russia as a result.