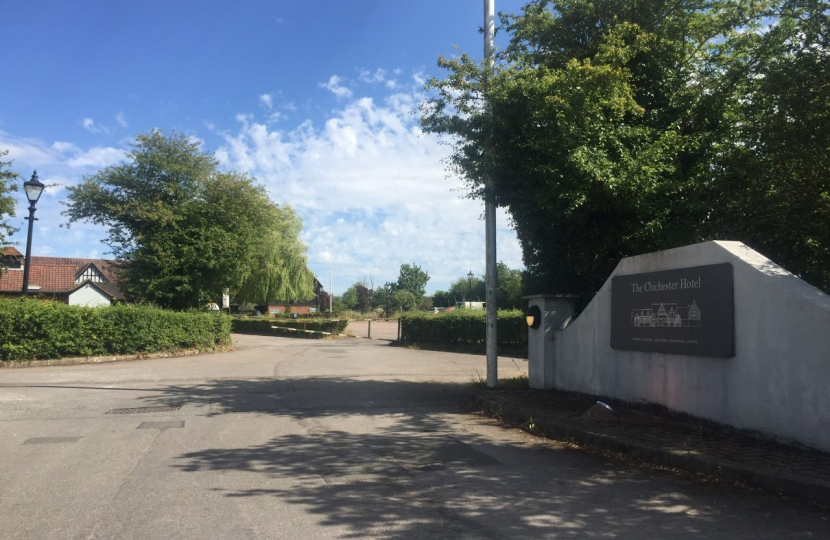 Rayleigh and Wickford MP Mark Francois recently held a meeting with the Immigration Minister, Kevin Foster MP, to outline his strong opposition to the plans to temporarily accommodate cross-channel asylum seekers at the Chichester Hotel, near Wickford.

During the meeting, which took place at the Home Office HQ in Marsham Street, Westminster, Mark explained to the Minister that the proposals are deeply unpopular in his constituency. This is not least as a number of pre-booked functions, including some arranged by his constituents, were apparently cancelled to free up space at the Chichester – and some of those who had their weddings and other functions cancelled, at extremely short notice, have yet to be reimbursed.

Mark expressed to the Minister that he has received several other complaints, about alleged financial irregularities at the Chichester Hotel, including allegations about the non-payment of tax and national insurance by the current hotel management. Mark also met recently with members of the local family who own the Chichester Hotel. They explained that they do not support the premises being used in this way, by the management company who leased the hotel buildings from them, several years ago. As a result, the owners, who are apparently owed a considerable sum by the management company, are now strongly minded to commence legal action in order to recover possession of the Chichester itself.

Speaking about his meeting with the Immigration Minister, Mark Francois said:

"I am very grateful to the Immigration Minister, Kevin Foster MP, for accepting my request for a meeting at short notice, so that I could explain to him, in person, some of the issues surrounding the Chichester Hotel. I think it is fair to say that he was rather concerned to hear about some of the financial issues at the Chichester, and also how my constituents had been treated by the current hotel management."

"I should add that the family who own the hotel have told me personally that they did not approve of the hotel being used for this purpose and want the local community to be made aware of this. They have apparently been in dispute with the managing company for some time, not least over a succession of unpaid bills and they further explained that are now likely to take court action, to seek to recover what is ultimately their property."

"The Minister said that he would now take all of this into account and would consult with his civil servants and advisers on the best course of action. He has promised to come back to me with his conclusions, within the next fortnight or so."

"In the meantime, having already raised these matters in Parliament last month and having attempted to discuss these issues with the Hotel's managers multiple times, I am still yet to receive any response. I have, consequently, already written to the Chief Executive of Her Majesty's Revenue and Customs (HMRC), Mr Jim Harra and asked him to commence a formal investigation into the goings on at The Chichester, including allegations of financial irregularities."

"This is clearly a rapidly evolving situation but, nevertheless, I hope to be able to say more about this shortly, particularly once I have heard back from the Immigration Minister about how the Home Office now plan to deal with this increasingly troubled situation."