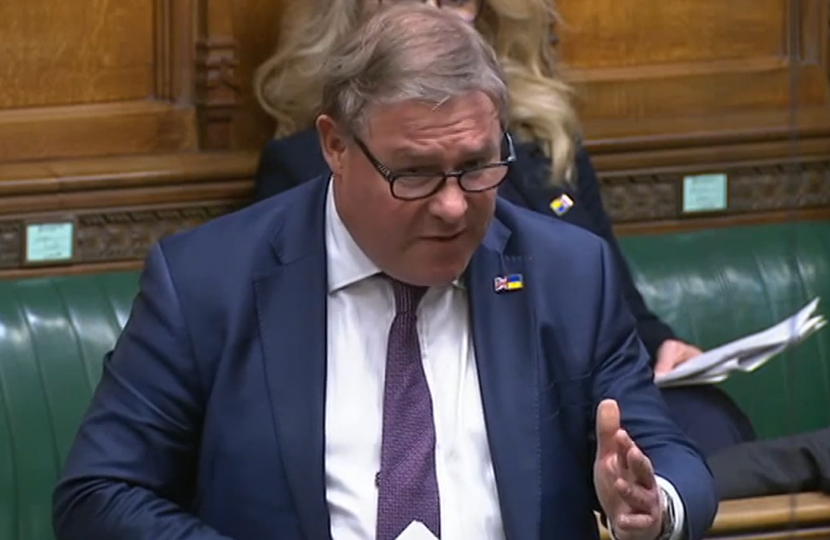 In his speech, Mark said:

"I turn to the Home Office’s initial proposals to house cross-channel asylum seekers at the Chichester Hotel near Wickford. I have received a considerable number of emails about this plan from very concerned constituents. Let me put firmly on the record my strong opposition to these misguided proposals. Many constituents have raised worries about the hotel’s conditions, previous cancellations of events there without proper reimbursement, and, most alarmingly, staff redundancies with little or no notice. There have also been worrying allegations, including by former staff, concerning irregularities in the payment of tax and national insurance by the hotel management.

I have attempted via my office to contact the owners of the Chichester Hotel on multiple occasions to seek urgent answers to those very alarming suggestions, yet they continue to ignore requests for clarity and answers from me, as the locally elected MP, and, indeed, from the local and now even national press. Given all of that, I have requested an urgent meeting next week with the Minister for Immigration, in which I will seek to ascertain the exact details of these initial proposals, alongside taking the opportunity, in my usual understated manner, to raise my objections face to face.

We must tackle the vile industry of people trafficking across the channel. It is a form of moral blackmail and has led to many sad deaths already. In the medium term, I believe that we must use the arrangements with Rwanda to break the business model of these awful human traffickers, in which case accommodation such as that at the Chichester would no longer be required."