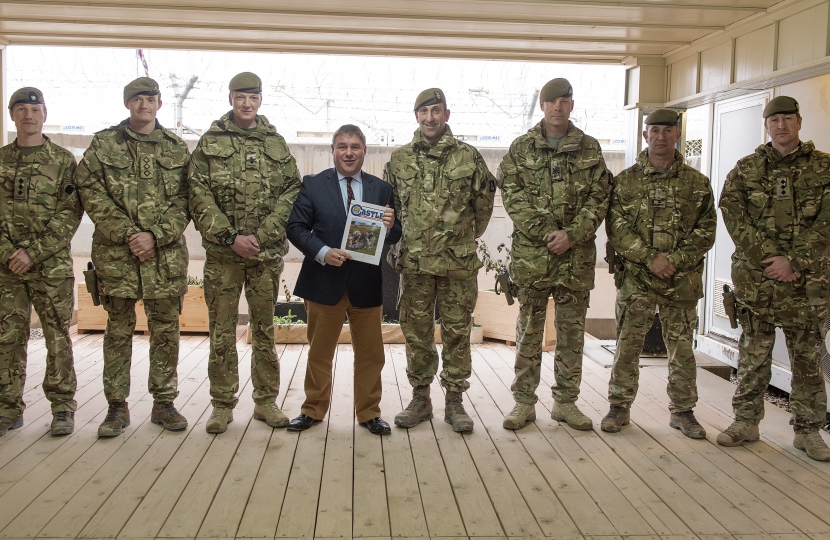 Rayleigh and Wickford MP and Minister of State for the Armed Forces, Mark Francois, met a number of members of the 2nd Battalion the Royal Anglian Regiment (the “Poachers”) during a recent visit to British forces in Afghanistan.

Mark, who was visiting the country in order to see for himself the conduct of the conflict and the role that British troops are playing in supporting the Afghan government, traveller to Kabul and Camp Bastion and, whilst at the latter, was introduced to a number of members of the local Royal Anglian regiment who are serving in Helmand Provence, as part of the 7th Armoured Brigade. The Brigade is commanded by Brigadier James Woodham MC, who is himself a Royal Anglian Regiment Officer.

“As a former Royal Anglian it was great to meet current members of the regiment and in particular those of 2nd Battalion – known as the “Poachers” – who are serving their country in Afghanistan. These soldiers do a wonderful job serving half way around the world in order to keep us safe from terrorism at home and it was a privilege to see them in that country.”